Piping Rock Essential Oils are only available through this family-owned company, and you'll find that the quality and customer service is exactly what you would hope to find in a smaller company. I would urge anyone looking for the best cheap essential oils or who want to start your own collection of essential oils, to at least check out these oils. You won't be sorry.

Update February 13, 2015: DO NOT, I repeat, do NOT buy essential oils from Piping Rock. Based on third-party testing, not only was their "blue tansy" found to be fraudulent and fake, but so was their tuberose and myrrh, while their peppermint was found to be the cheaper cornmint. The only real oil was their elemi among the four that were tested at that time.

Because of this 75% failure, I will no longer recommend them.

In late 2014 and 2015, Dr. Robert Pappas, a reknowned scientific authority in the world of essential oils, announced that some blue tansy essential oils on the market were highly and even dangerously adulterated. He also announced that until the end of January he was offering free GC/MS testing of any samples of blue tansy. He suspected that the problem was at the distiller/wholesale level and wanted to using the testing to narrow down and identify the culprit(s).

This caused quite a stir as sample after sample was submitted and customers anxiously awaiting the results. Some companies samples came back as pure unadulterated blue tansy. Unfortunately, other companies results were not so happy.

Piping Rock's sample of blue tansy came back after testing as being nothing more than a cheap chamomile.

Immediately, every Facebook essential oils and aromatherapy group that I belong to, and I'm sure all the others, blew up with customers reporting their interactions with Piping Rock about this mess. The main complaint was that they were informed by some CSR that Piping Rock does indeed do their own GC/MS testing. Unfortunately, if that's the case then they knowingly sold bad blue tansy.

Either way, until Piping Rock clears up this mess...and I suggest they hire a full-time staff certified aromatherapist to head their essential oil quality control department. First, such an expert would only have had to smelled that blue tansy to realize it was NOT blue tansy. Also having a staff aromatherapist would go a long way to restoring their credibility with the aromatherapy and essential oil community.

As I was saying, until Piping Rock clears up this mess, I wouldn't recommend purchasing some of their more expensive essential oils. And it may be that I'll be completely removing them as one of the best cheap essential oils.

Like mentioned previously I've used and once highly recommended Piping Rock as the best cheap essential oils. Now, I've tried other cheap...less expensive...essential oils, like NOW Essential Oils, and San Francisco Herb Company essential oils, and used to believe that the quality of Piping Rock 100% pure essential oils were equal or better than oils from either of those companies. See the January 14, 2015 update above.

However, as of February 13, 2015, I will no longer recommend or be affiliate with Piping Rock essential oils. I'm very disappointed and will begin removing all of their banners and affiliate links from my site.

Here's what people are actually posting as reviews on the Piping Rock website:

You'll not find many people cooing about Piping Rock essential oils any more, and in fact, there's even some question about whether they will survive this scandal. The owners and managers should be ashamed and either never sell another essential oil, or hire a professional registered aromatherapist to oversee their entire essential oils line.

However, don't look for that to happen at any time.

A lot of companies don't keep negative reviews, but Piping Rock wants to know what their customers are saying (and that is a joke...they don't care and that is obvious), even if it's not flattering:

The biggest complaint about Piping Rock is the sporadic quality of their shipping. I suspect they've got Cousin Bubba working in the shipping department a couple of days a week. His favorite way of packaging those little bottles of essential oils is to toss them into a box followed by a bit of crumpled-up paper. Needless to say many people report broken bottles, leaking bottles and loose lids.

While Piping Rock is always very quick to replace the broken and leaking bottles, I'm just surprised they are satisfied at double costs for order rather than firing Cousin Bubba (or whoever is causing the issue in the shipping department). Why I say, Cousin Bubba only works part time? Because other people report receiving their order with all of the little bottles carefully bubblewrapped. Nice for them.

I myself have experienced the quality of Cousin Bubba's packaging, and while nothing was broken, it's amazing they weren't. Blue Tansy Is Excellent for Pain Relief! Works great on my back pain. Highly Recommend! 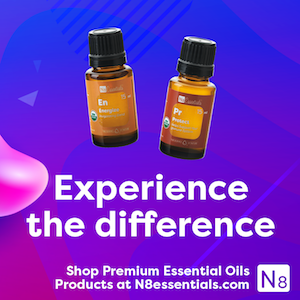